Finally, a new release! This one comes packed with some substantial changes:

The game difficulty has been adjusted: levels are shorter and a bit harder, making the game more challenging. One now gains back up to 4 seconds of extra time when customers are satisfied. 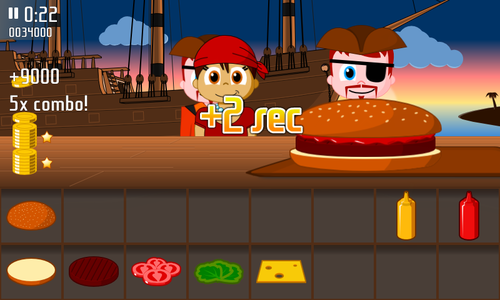 As you can see from the screenshot above, the background for the pirate world, which I was working on, has been integrated.

Burgers are now more "realistic": all stages now have at least one meat or fish ingredient, two sauces cannot be stacked on each other.

The Japan world now has a boss: 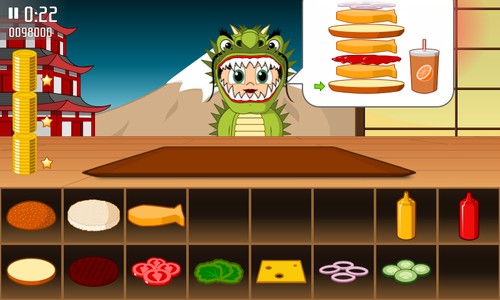 The "new world" sequences are a bit longer: they show the heroine leaving the current world and boarding a plane to the next world. The maps have also been improved.

Hope you like this version, I am especially interested in your feedback regarding the change on difficulty. Does it make the game more challenging? Is it too hard? Still too easy? Let me know.

Get the latest version.