Today I want to present a testing technique I now use in Nanonote unit tests.

Nanonote main component is a QTextEdit with several "extensions" to provide custom behaviors such as indenting/unindenting selected lines with tab/shift+tab or moving selected lines up and down with alt+shift+arrow keys (next version feature, #spoileralert!).

Testing these extensions is not particularly difficult but it requires tedious setup to set the text, position the cursor, define the selection. Then you perform the action and have to write more tedious code to check the new text, cursor position and selection match your expectations. Not only is it tedious to write, it is also error-prone and hard to read.

Here is an example:

I finally found the time and motivation to get a new version of Pixel Wheels out, so here comes 0.16.0.

Not many engine changes in this new version, mostly new content: first a new track: "Welcome". This track takes place in the countryside, so you'll race among fields and should spot an old tractor. As its name imply it's a simple track, designed to be the track new players begin with. 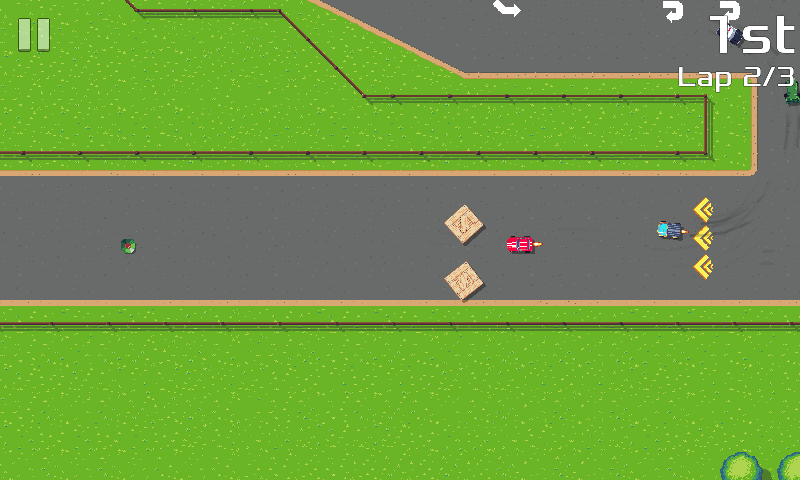 It is part of a new championship called "Country Life", which for now contains only this track, so it's very short... I plan to add a new track to it in the next version.

The other content addition is a new car: the Dark M. 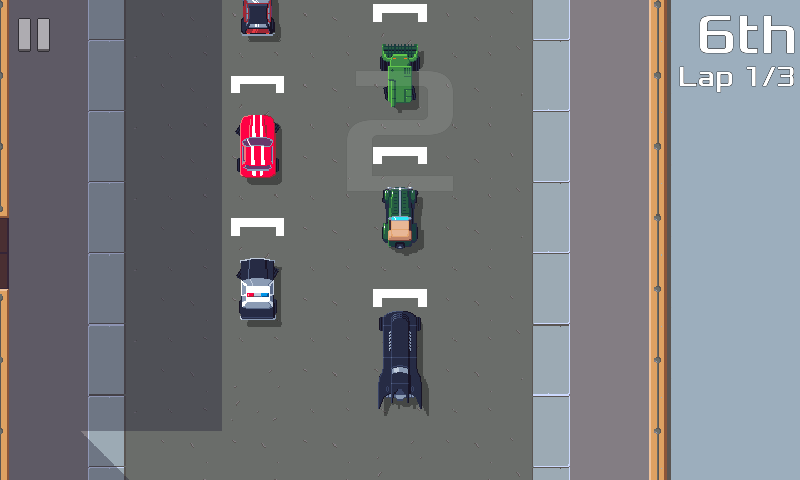 It's a bit longer than the others. Maybe I should shorten it a bit, what do you think?

Let's say you need to parse and analyse some raw data, for example a log file, to generate a report.

An easy way to get started with this is to write some Python, Perl, Ruby or shell code to work on your file and print meaningful information about it.

To illustrate this article I am going to write a Python script to "analyze" the var/log/syslog log file, whose entries look like this:

The script is going to take the log entries from stdin, iterate on the lines and produce a report on stdout.

I don't know about you, but when I work in a git repository for a long time, I tend to accumulate branches, which I need to clean up.

There are a number of tools to do this, but since I have been teaching myself Rust I thought it was a good topic for a first "real" program. So here is "Git Bonsai", a command-line tool to help you keep your git repository clean and tidy by:

If you remember well, my first attempt at electronics for this Bluetooth speaker project was using an all-in-one Bluetooth + amplifier board. It did not go well, so I tried to use the guts of an existing Bluetooth speaker instead. That almost worked, but I experienced stability issues I was not able to solve :(

This article is about the third attempt: following the instructions from the Radio Workshop (which I mentioned at the end of part 3) to get a working Bluetooth + mono amplifier (hopefully).

I am happy to announce the release of Pixel Wheels 0.15.0, the first version of year 2020! This version could almost have been called 0.14.2 as it's mostly made of bug fixes. Take this as an hint that the game is almost feature complete... at least that is how I analyze it :)

What's in this new version, you ask?

So, while I was waiting for the components I ordered at the end of part 3 to arrive, I spent some time working on the "frontend": the front panel of the radio.

In case you forgot, this is what the original front panel looked like at the beginning:

After some work on the cabinet itself, the wood looked much better:

But the original radio had a cloth and a grille to hide the speaker, so there was more work to do on the front side.

So after the failure of part 2, I decided to try a seemingly safer approach: buy a small Bluetooth speaker, tear it down and use its guts to power my radio.

I bought a small portable Grundig GSB 710 Bluetooth speaker. It's a mono speaker, but since the radio I am working was also mono, as was common by the time it was created, it felt like a good fit. I checked it worked and started to tear it down:

As I explained in part 1, the electronics looked too old so I decided to replace it with a small Bluetooth audio amplifier board and two loud speakers.

I ordered a TPA3116D2-based Bluetooth amplifier from Nobsound and a pair of MTX TX450C, 4 Ohms loud speakers.

This article is the first of a series on creating a Bluetooth speaker from an old vacuum tube radio and spare parts I had lying around in the house.

At the time I am writing this, the speaker is not done yet, so there is still a chance that I never finish it... As you will see, the journey so far as not been straight, I hit a few roadblocks and changed my mind while working on this project.

Let's start with the reason I started this project. When we moved in our house, more than a decade ago, I found this old vacuum tube radio left around by the previous owner:

I have always wanted to make something out of it, but never took the time to do so, until last month.