My initial reason to get started to work on Ubiquity Qt frontend was a request from Blue System to add the OS name to the partition manager, making it easier to identify the content of the partitions when you manipulate them.

Every time I installed Kubuntu there was always a few pet peeves I thought I should look into but I never took the time to do so. This was the occasion to finally get some of those annoyances fixed.

The one bug which annoyed me the most was that text in the installer steps and in the content was often truncated when installing in French, and I assume in other languages as well. To fix this I had to rework the layout of the installer itself, and this eventually snowballed into a whole new look.

I also refreshed a few screens, simplifying layouts here and there. 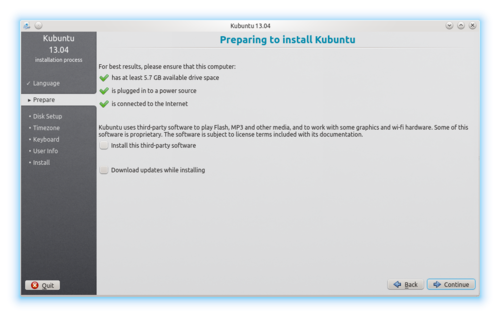 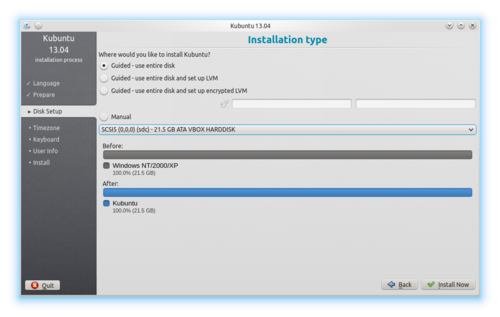 This new look turned up very similar to openSUSE 12.3 installer, but I swear this is a coincidence! (openSUSE devs: why did you drop the green from the sidebar? :)) I do confess getting some inspiration from openSUSE and Chakra installers for the symbols in the step list, though. 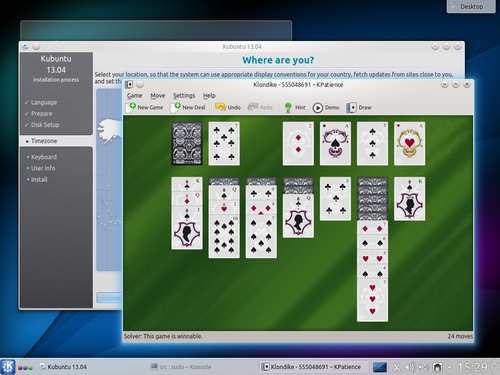 (Getting some serious work done while installing)

I also improved right-to-left support: more scripts now use the correct direction and icons like the arrows in the previous and next buttons are swapped accordingly. 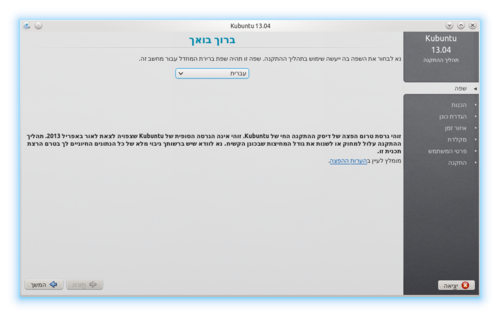 That's it for now, hope you like this refreshed installer. I already have another list of things to change for 13.10, we'll see if I find time for them.