For a long time we have been missing diagrams for KDE Frameworks, to make it easier to grasp the dependencies of the various frameworks. Since I like working with images I decided to tackle on this.

I did some research and found out CMake comes with a --graphviz option to generate .dot files, which can then be fed to the dot tool from Graphviz to generate pngs, svgs or other formats.

Armed with this, I put together two scripts :

My initial goal was to generate one diagram showing all the frameworks, but this is way too messy, so I ended up extending kf5dot-generate to be more versatile. Right now the output can be customized to generate a diagram of all the dependencies of one framework, to include or not Qt libraries, and to show or hide targets within frameworks.

I also used tred, another tool from Graphviz, to remove unnecessary links. For example if you have this graph definition:

You get this output:

With tred, the link from A to C is removed, since you can already go from A to C through B:

This helps making dense diagrams more readable, but it also hides some dependencies. Depending on the reason you are looking at the diagrams, it may or may not be a problem.

Here is a selection of the generated diagrams. The "simplified" versions have been run through tred.

Mostly useful to check which Qt libraries they use: 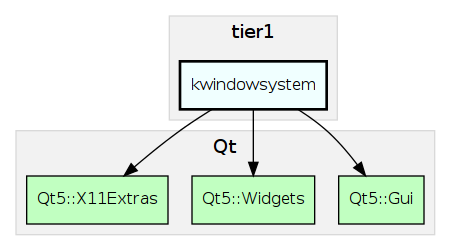 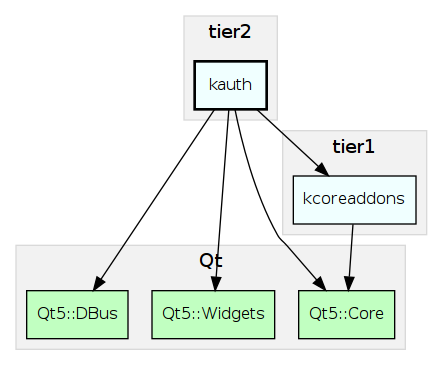 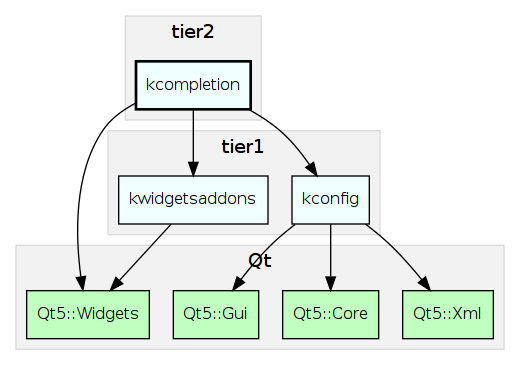 To reduce clutter I removed the Qt libraries for tier 3 frameworks.

Some of them are readable: 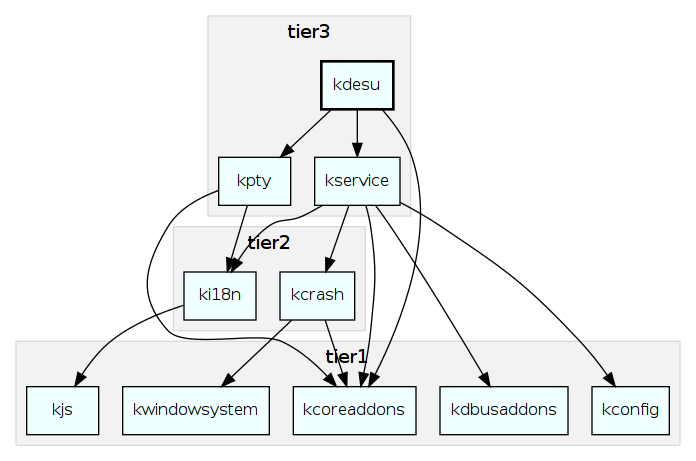 Others are too crowded unless they are simplified: 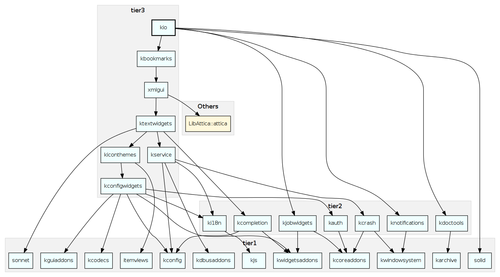 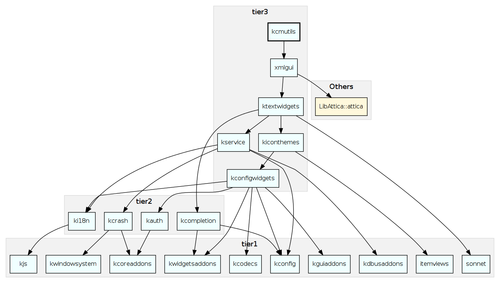 The big, crowded, overall diagram (and this is the simplified version!):

I took some extra care to ensure the generated .dot files are readable enough to be useful even if the resulting diagram is not: the code is correctly indented and relations are placed close to their relevant targets. For example, here is the .dot file for all frameworks: kf5.dot.

The scripts currently live in a git repository: kde:scratch/gateau/kf5dot. kf5dot-prepare is a shell script. kf5dot-generate is written in Python and uses yapgvb, a Python lib to read .dot files.

In the long term I would like to include these tools in our API documentation generation procedure so that when you browse the API of a framework on api.kde.org you get a diagram of its dependencies.

This post was tagged cmake, graphviz, kde and python