To celebrate the arrival of 2014, here is a new version of Burger Party.

The main change in this new version is the introduction of mini-games. Each world now comes with one mini-game, which you can unlock by collecting stars. 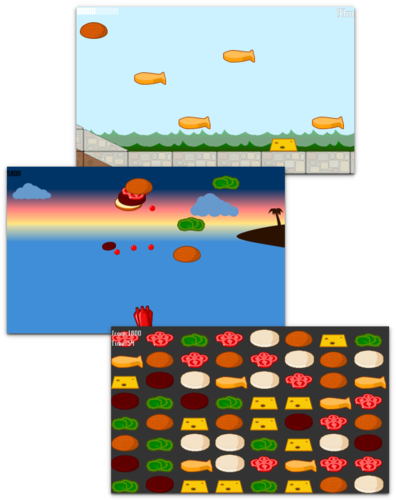 Some user testing revealed the sandbox mode was confusing for first-time players: they often selected the sandbox mode instead of the "US World" button. To avoid this, the sandbox mode now requires 3 stars to unlock, removing the question of which button to press when presented with the world screen for the first time. 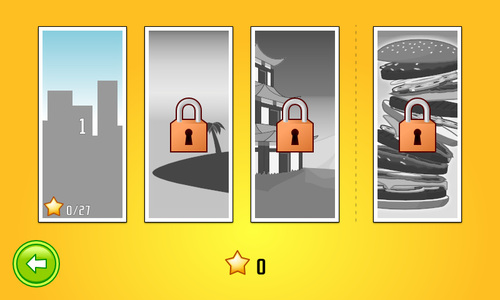 I was also annoyed by the overall appearance of the US world, it looked too grey. I fixed this by adjusting the counter and the ceiling to be more colorful. 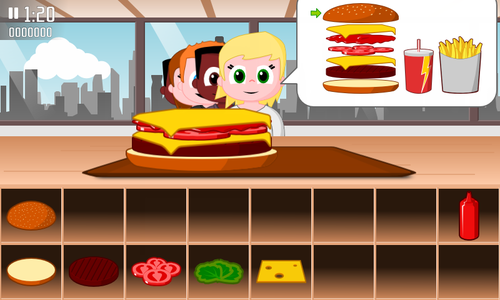 The Japan world received some work as well: the ninja has been redrawn to use the same flat drawing style as the other customers, and a new customer has been introduced: a Japanese girl in traditional costume, which I wrote about earlier. 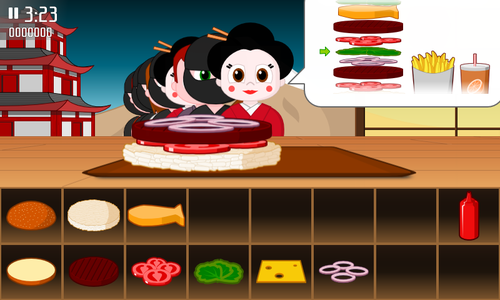 Finally some smaller changes made it in as well: