Burger Party 1.0rc1, We Are Getting There!

This new release of Burger Party is special: as you guessed from the title of this article, its version number is not 0.17 but 1.0rc1.

Yes, this means unless something goes wrong with this version, I plan to bump the version number to 1.0 and finally release the first public version of Burger Party on Google Play.

So, what's in the box? Quite a few changes: 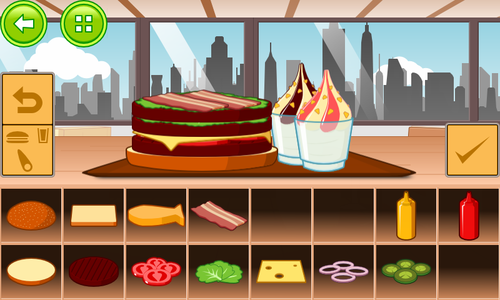 Since this is a release candidate, your feedback is more important than ever, get the latest version, give it a good try and hopefully 1.0 should be there soon!