Following up on my decision to promote more side-projects, here is a new one: MUP.

MUP is a markup previewer. It supports multiple markup formats. You can use it to read markup text, but it is also useful when writing markup text to check how your work looks, thanks to its refresh-as-you-save feature. 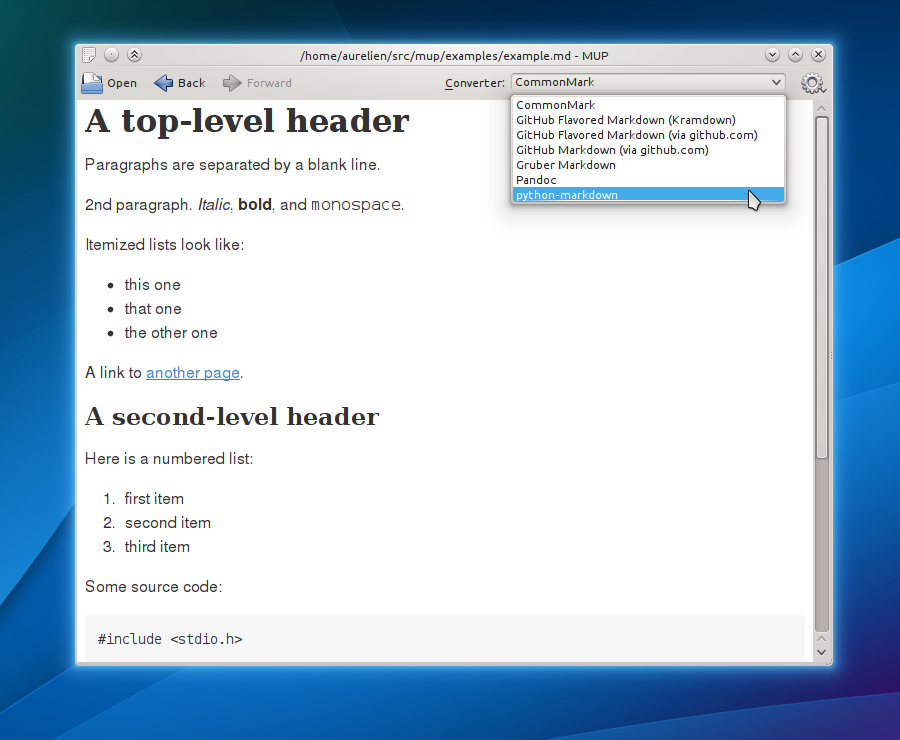 Adding a new converter is only a matter of creating a yaml file to describe its command line and the files it works with.

You may have heard about this project as "mdview". It used to be named like this but I renamed it because a) it supports more than Markdown and b) there are at least a dozen projects named "mdview" on GitHub :)

MUP is on GitHub: https://github.com/agateau/mup. git clone it and follow the instructions from the Install section of the README.

This post was tagged markdown, markup, mup, python and qt