This week I have been working on a new bonus for Tiny Wheels: the turbo. When you pick it up, two bottles of green liquid get strapped on top of your vehicle (Some N2O probably. Is N2O green? I have no idea). Triggering it gives you a significant boost, and a small flame appears behind you, because you are driving faaaast!

I am still working on it, but it's almost done. I also reworked the turbo road tiles to use the same code, as the turbo bonus gives you better control on your vehicle than the road tiles used to. 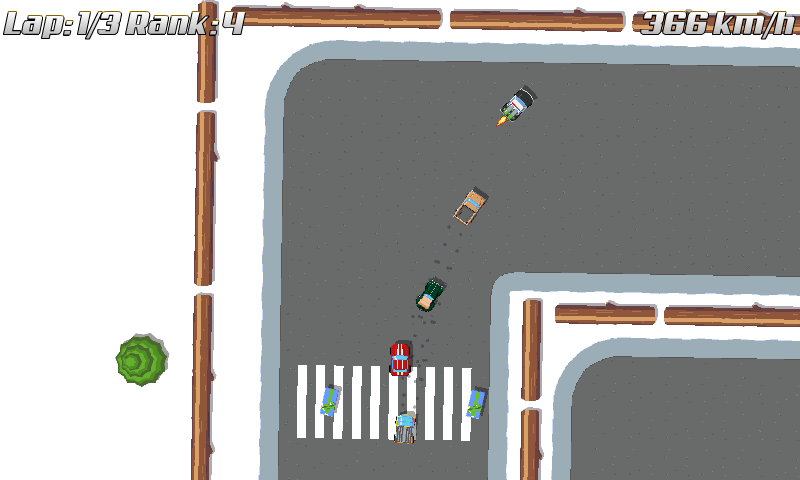 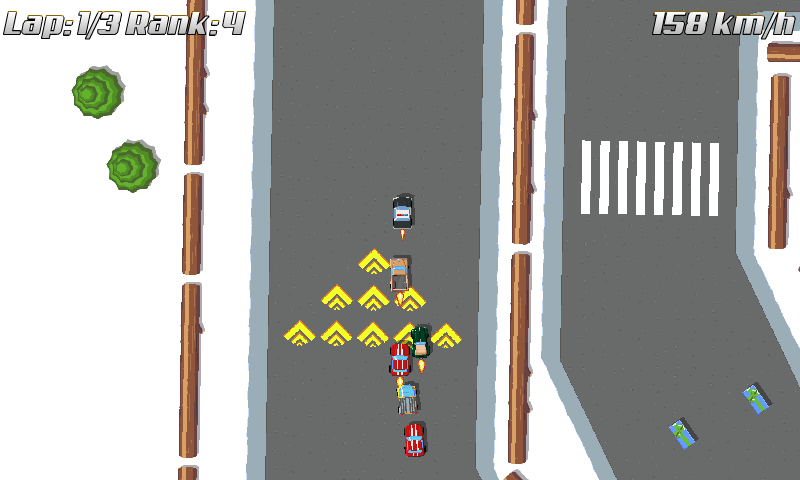