Over the weekend I added code to show racer times. Both total race time and best lap time are measured and displayed at the end of the race. They are not recorded anywhere for now, still pondering if they should. 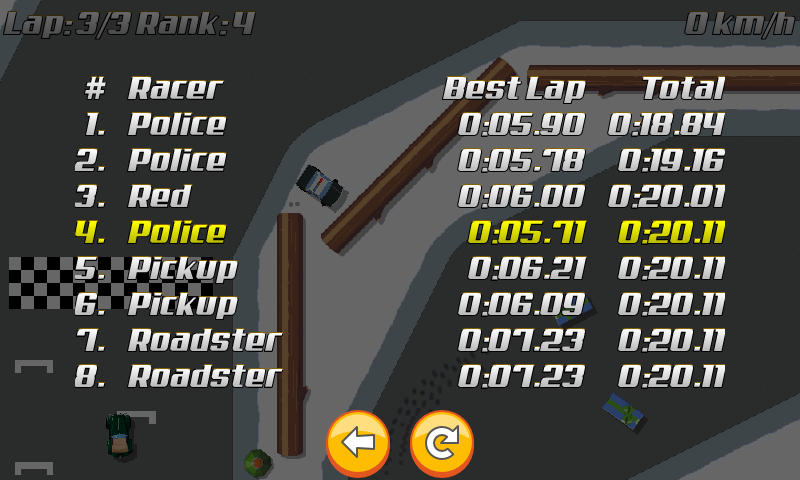 Speaking of bugs, I created a Tiny Wheels project on GitHub. There is no code for now (Though I may release the source some time after the game has been released), I am going to use GitHub issues to track Tiny Wheels bugs. This time bug is bug #11.