As expected, this month was not very productive because of Inktober. I made some progress on Pixel Wheels and Clyde though.

I am preparing the next release of Pixel Wheels. Google notified Android developers they would start requiring Android API Level 31 for updated applications on November 1st, I had to bump dependencies for the release. I try to avoid dependencies update right before a release because I want to have enough time to test the game after updates, but there was no choice here. Updating the Android SDK to API Level 31, in turn required an update of the Android Gradle Plugin, which itself required an update of Java and Gradle 😅.

After the usual battle with the build system, I managed to get the game to work again on desktop and Android, using Android SDK 31. We are good to go for the release!

The new track features some shortcuts among the trees, with turbo cells to avoid loosing too much time by driving in the snow: 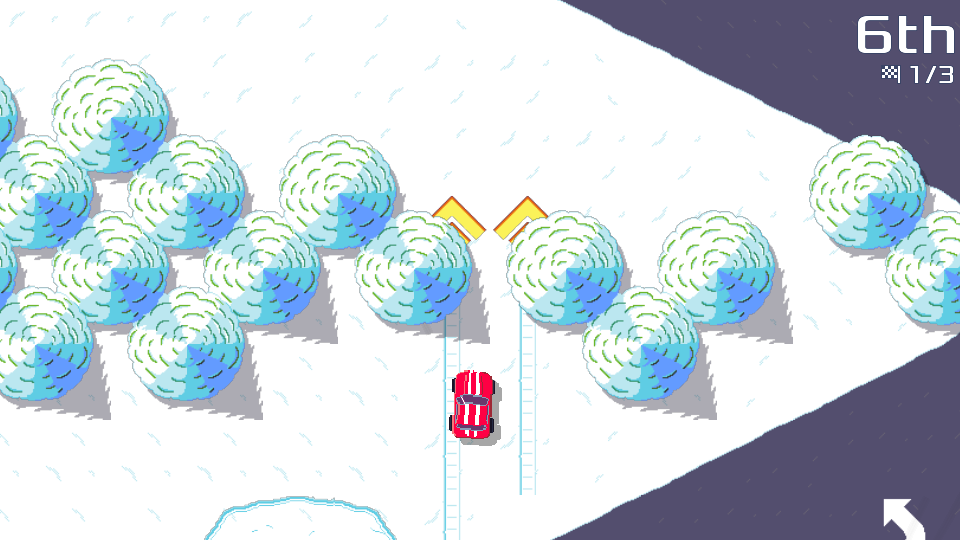 This triggered an "interesting" behavior: if you hit a tree while on a turbo cell, the turbo would continuously trigger, making it impossible to unstuck yourself. I modified the way turbo cells work to avoid that bug: now a turbo cell won't trigger again until your wheels have left it.

A bug report on the Flatpak package, reminded me that while Pixel Wheels uses the default directories suggested by the XDG Base Directory specification, it did not support the XDG environment variables. I fixed this, but I still have to test it solve the issue.

Translators have been busy updating their translation. The following languages are ready:

package-dir support has been merged

package-dir support, the ability to define a package as a directory containing an index.yaml file has been merged in the main branch. This support makes it possible to ship extra files and opens the way to define a custom fetch script.

A custom fetch script would make it possible to automate package update for packages hosted everywhere, instead of only supporting packages hosted on GitHub. I haven't decided yet the "API" of this script and whether I want to force a particular language to write them.

Clyde activation script now defines the $XDG_DATA_DIR and $CLYDE_INST_DIR environment variables. The first one helps improving integration on Linux systems. The second one can be useful for Clyde-specific scripts installed by packages.

Since the activation script now requires being updated, clyde setup learned the --update-scripts option. When using this option, the command update existing activation scripts, instead of preparing a new Clyde installation.

Not a lot of changes on the store beside the regular version updates:

For November, I want to release Pixel Wheels 0.24.0, and a new version of Clyde. Let's see if I can get this done!