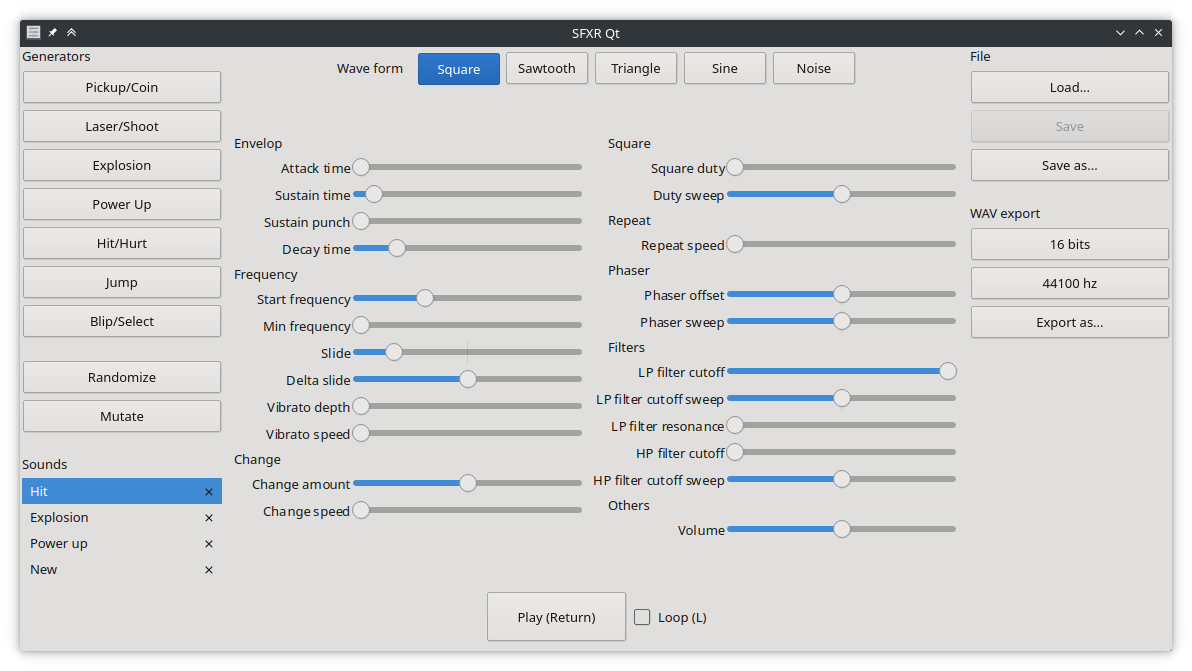 Last release of SFXR-Qt was in September 2019. I kept using it for Pixel Wheels, it had its quirks and bugs but I did not have the time and motivation to work on it, so the poor app was left on its own for more than two years.

Fast forward to November 2021: SFXR-Qt was added to Debian! It always feels good to see an app getting more widespread, with the minor issue that I learned about it because tests did not pass on big-endian machines... Working on that bug was a bit frustrating because I do not own a big-endian machine and failed to setup a working big-endian VM to test my changes on, but after a few blind fixes I eventually got it fixed. Kudos to Alex Myczko, the bug reporter, for the responsiveness in testing my changes.

Entering Debian probably gave a bit more exposure to the app, because I then received a bug report for that crash I had known for a long time but never got to fix... Now that someone else reported it, I finally fixed it.

Then I received a nice pull request from Linus Vanas implementing command-line export. After a few iterations it got merged, so you can now export sounds from your terminal:

Finally SFXR-Qt gained a "Randomize" button, based on the same feature from the original SFXR.

That's it for this release, sources are available here. There are also deb and rpm packages on the release page. I hope you enjoy creating fun retro sound effects with SFXR-Qt!

This post was tagged gamedev, pko, qt and sfxr-qt