Due to holidays and not having much ready to publish, I did not make a release of Pixel Wheels for February, but here is 0.7.0, March release!

What's new in this one? A bunch of things: 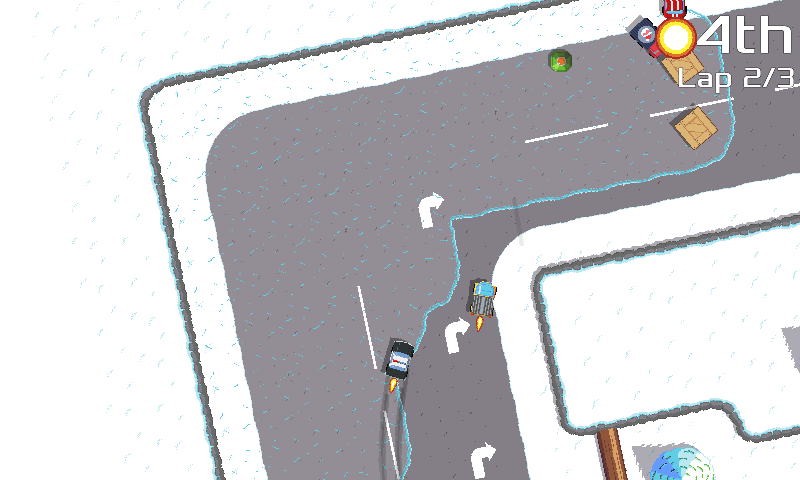 I also fixed a bunch of bugs:

There were also a few internal changes:

One of the reasons this release took so long is I struggled a lot with drawing the icy patches, but even more with the pine trees, which I did not like, so I started to redo them, but could not achieve something pleasing, it was starting to be depressing.

At one point I almost gave up on the true top-down view and tried an RPG-like perspective. But it looked very odd when the screen rotated, and this is one of the aspects of the game which takes a while to get used to but which I really like, so I did not want to fall back to the classic fixed view by default.

At one point I decided to stop pursuing perfection so I stopped with what I had, as it was good enough to move on to other topics. Here are some of the trees I drew (pink appears as shadow in the game): 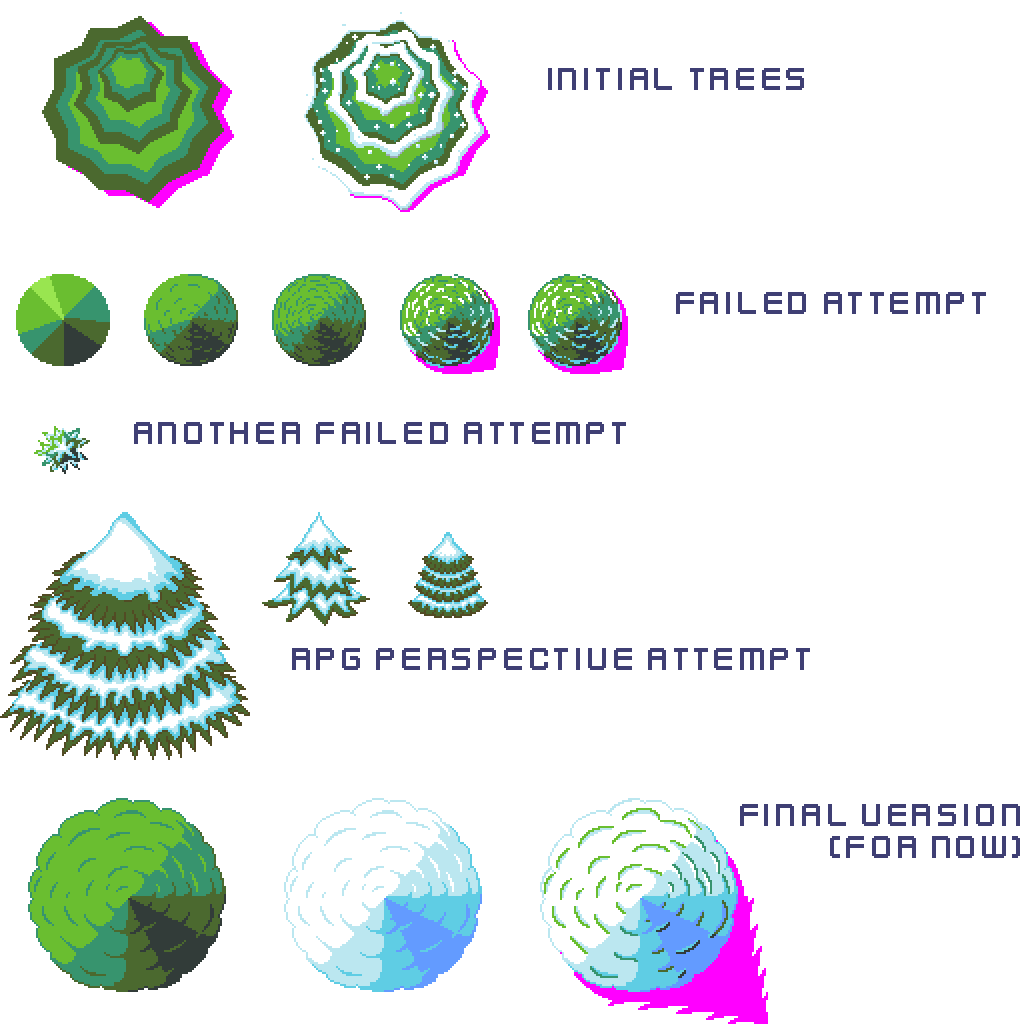