What happened is I started piling in bug fixes and small improvements, and I felt it would be better to release them sooner instead of keeping them and release all fixes at once in this 1.0.0 version I announced. So... here is version 0.20.0. 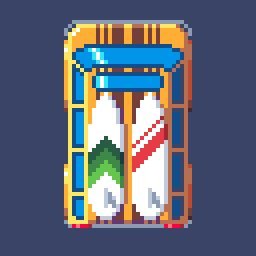 The menu music is now Lightspeed, by Thomas Tripon.

I reworked the way the game tells the player when they broke a personal record. In the race time table screen, a car drives in congratulating the player, then record indicators arrive next to the matching time in the time table. 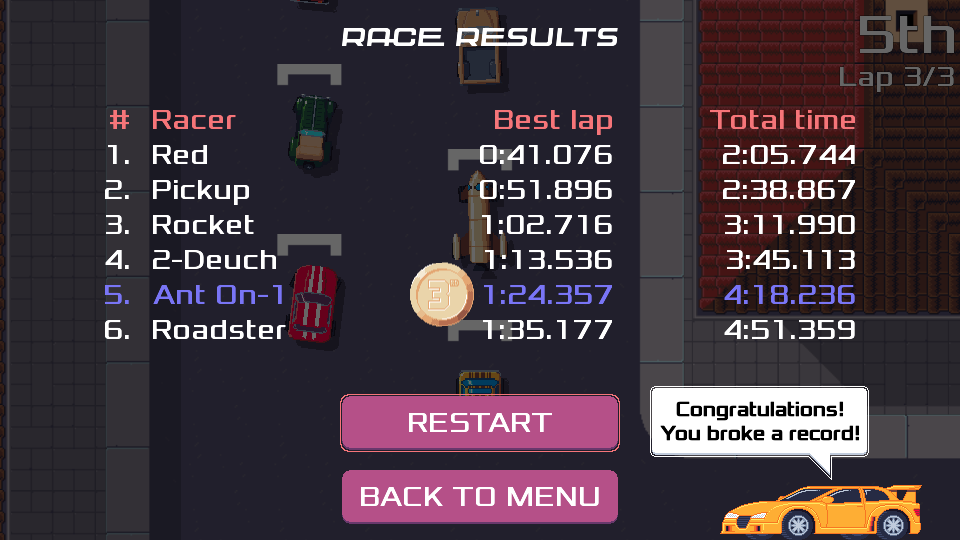 The complete list of changes is available in the changelog.

As usual, you can get the game for Linux, macOS, Windows or Android from Pixel Wheels page.