I can't believe it's been 3 months since Pixel Wheels 0.20.0 release! I am going to blame, in no particular order, holidays, changing job, and some hard-to-track bugs :)

Pixel Wheels 0.21.0 now speaks multiple languages! Actually it only speaks French in addition to English for now, but 2 counts as multiple, right? Others languages are in the queue: Spanish should be in 0.22.0 and hopefully Bengali too (but this one requires more work on the code base to be correctly supported) If you are interested in translating Pixel Wheels to another language, head over to the translation doc. 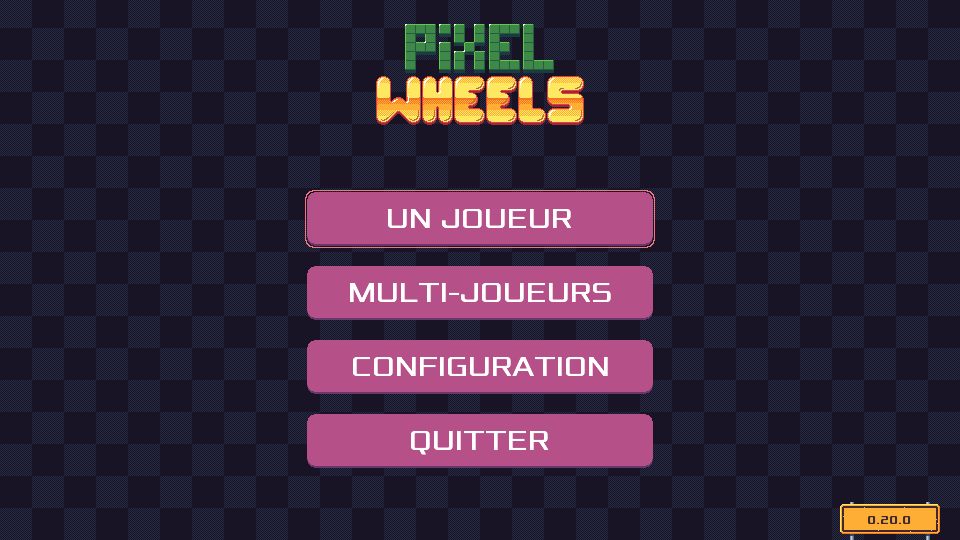 In addition to translation support, this release fixes some long standing Android bugs:

Apart from these, this release brings a bunch of performance improvements, done while blindly trying to understand what was causing bug #130. Those improvements are not Android specific, so every platform is going to benefit from it. Learning to use RenderDoc was instrumental in discovering these performance issue. It really is a wonderful tool.

That's it for this release, the changelog contains a few more entries if you are curious.

As usual, you can get the game for Linux, macOS, Windows or Android from Pixel Wheels page.